The Insular Empire: America in the Mariana Islands

A nuanced look at colonization in the 21st century within the U.S. 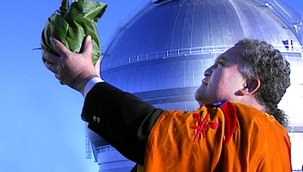