In April 2014, I traveled from American Samoa to Hawai‘i to shadow Nā‘ālehu Anthony and the ‘Ōiwi TV crew during the production phase of their series Nā Loea: The Masters. As an outcome of this training, PIC wants for me to return home to produce a Samoan Masters series with a similar aesthetic as Nā Loea while at the same time using the production as a training opportunity for interested students.

Unfortunately by the time I started training, all of the productions for Nā Loea were complete. I was able to view several final products and learned the perspectives behind the videos. No narration, only interwoven interviews in a sequence with stunning B-rolls with natural sound to tell the story. The key component stressed from Nā‘ālehu and the production crew was the pre-production. Always go through the pre-production phase. Pre-interview your subject to get the feel of their story. Scout locations for interview and B-rolls. Got it! Now I'm ready to produce!

Instead, Nā‘ālehu invited me to hang out with the crew in Hilo during their production of Project Kuleana 2. The production in Hilo was everything else more than hanging out. It was a reconnecting. It was networking. It was learning and sharing. It was actually work! Now the exclamation mark at the end of the word work is to express excitement and major adrenaline rush. And oh I missed that rush. 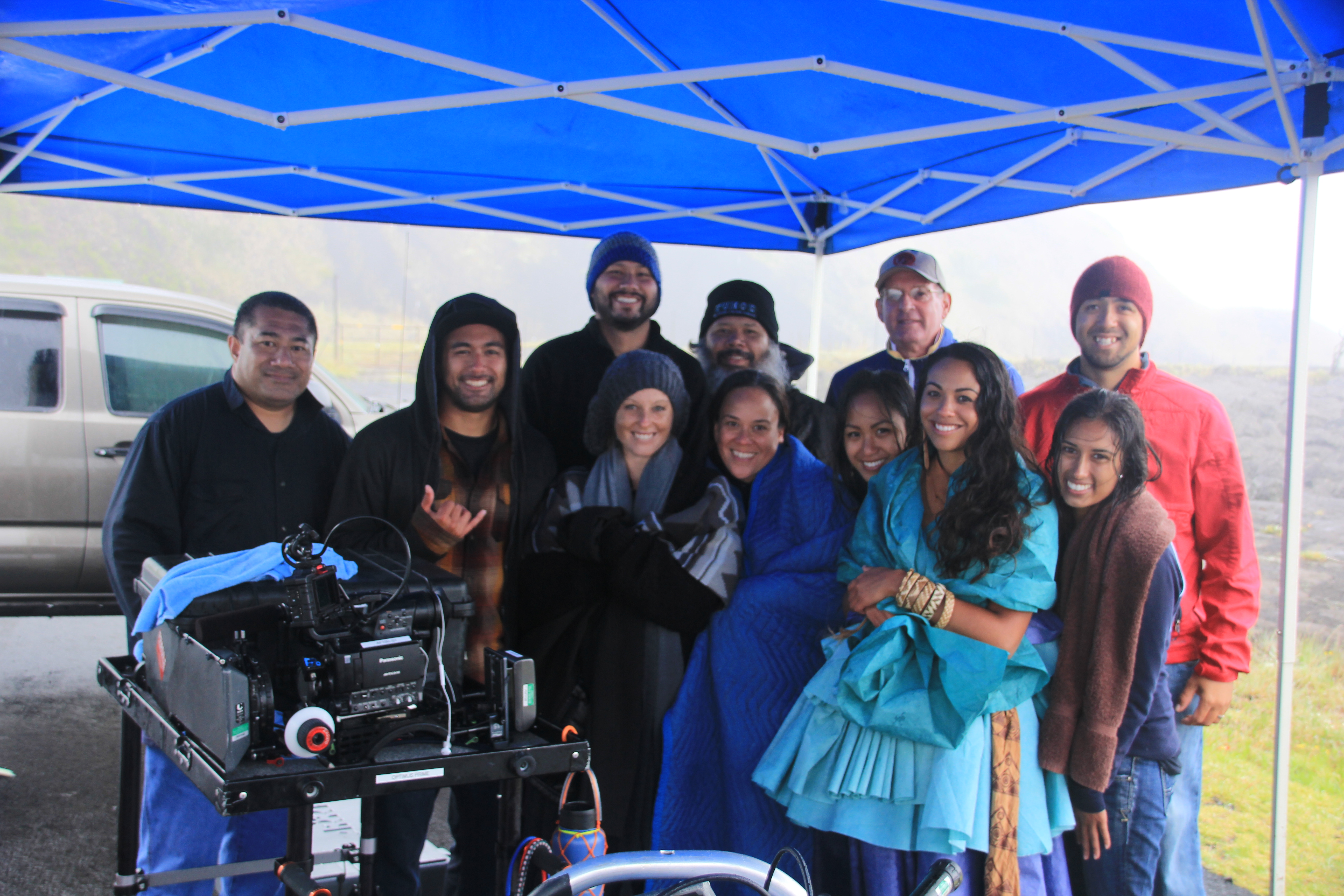 Oscar (L) and crew on location

A brief background of where I'm from to understand this excitement. I own a video production company in American Samoa with a crew of three. Me, Myself and I. I have hired several people and trained them, but in the end it wasn’t a fit. So for the past 10 years I am my own crew. No excitement or adrenaline rush, just going through the motion of wearing different hats to complete a project. Draining and difficult, but not impossible for me. Prior to starting my company, I lived in Hawai‘i and worked at KITV for close to twelve years - two years in the production department and ten years in news. So I have felt that excitement and rush before.

Okay back to Hilo.

On the first day of the shoot, I stood back and observed a little. Not long after, I found myself running AC cables and setting up a backlight. Then it was holding up a reflector and taking part in step ups and break downs at several locations. By the end of the day, I was invited to share my thoughts along with everyone else on this first day of the shoot. I felt honored. And for the first time in a long time, I felt a sense of belonging to a team. It was revitalizing. 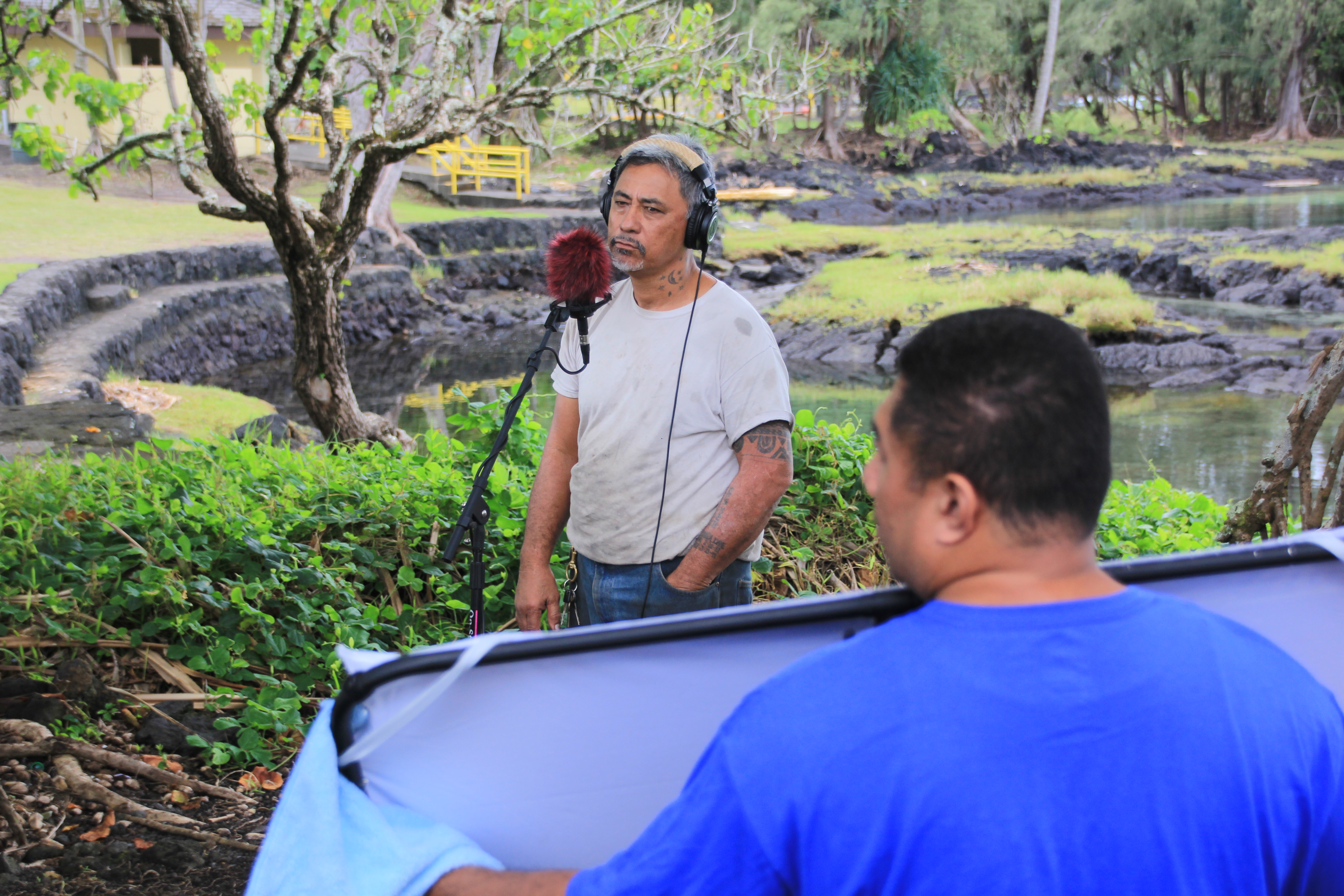 Throughout the rest of the shoot in Hilo, I continued to network with the team and learned new equipment and techniques. I learned the operations of a slider and a jib, equipment that I don’t have access to in American Samoa. I learned how to pull focus and actually pulled focus for some of the jib shots.

By the end of the final shoot day, I was physically exhausted but mentally, emotionally and passionately revived. It was an extremely long day. Crew call was 3:00 a.m., wrap up was around 7:00 p.m., and back to the house at around 10:00 p.m. During the sharing period, everyone had their own individual thoughts to share. When it was my turn, I suddenly became emotional and started to share my thoughts in Samoan.

The Project Kuleana 2 production in Hilo has reconnected me back to being a production team member. It has reaffirmed my working ethics. It has made me feel welcome. Most of all, it has reignited the flames of passion for the work. 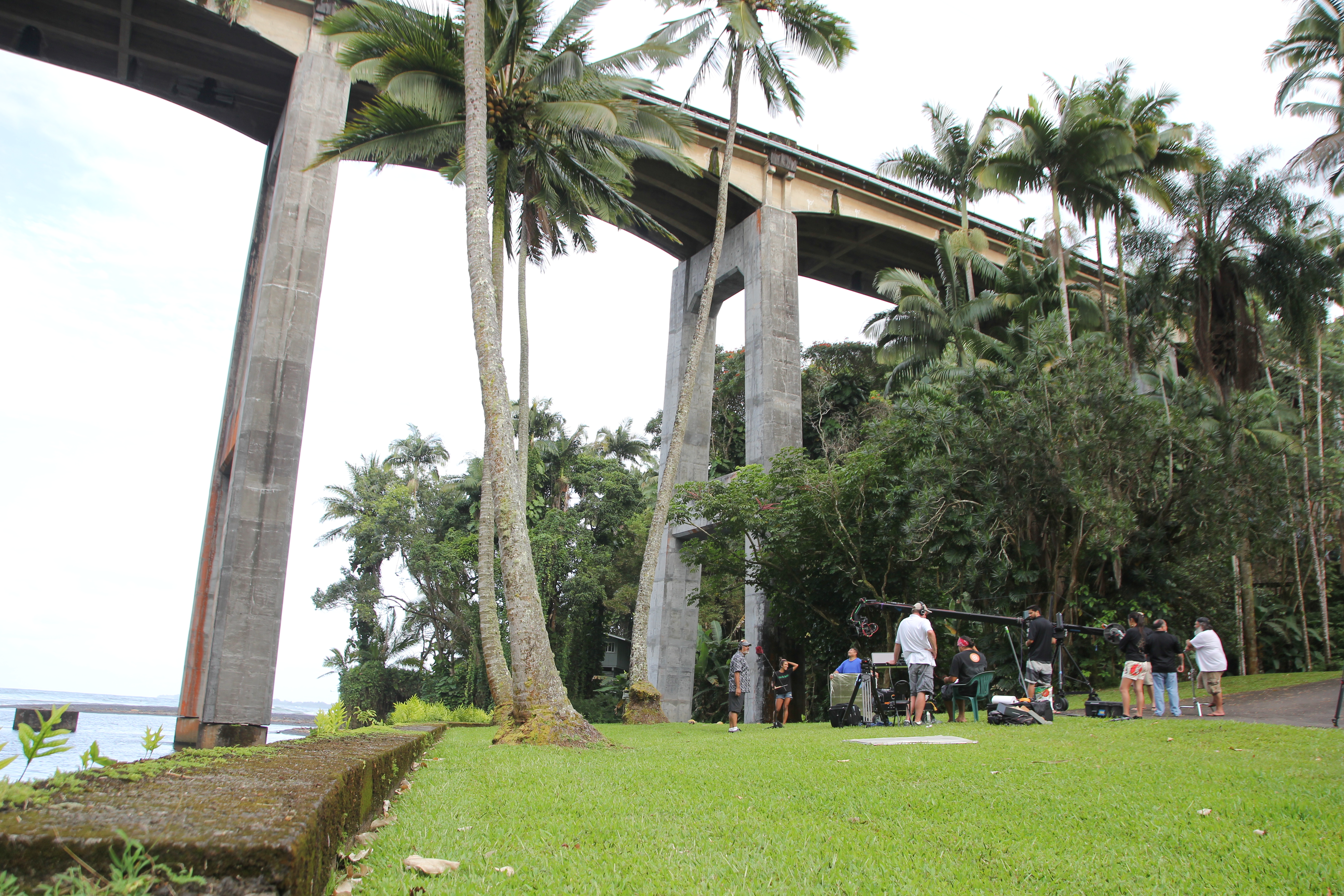 First and foremost, I want to give thanks and praise to our Heavenly Father for His guidance and blessings throughout the two weeks in Hawai‘i.

I would like to express a heartfelt thank you to Leanne Ferrer and Pacific Islands in Communications for this given opportunity to expand my knowledge and understanding to further this talent.

I would also like to express a heartfelt thank you to Nāʻālehu Anthony, ʻŌiwi TV crew and producer of Project Kuleana 2 for a wonderful and uplifting fellowship in Hilo.

Oscar Betham is a Samoan independent producer living in American Samoa. Oscar is currently working on the Samoan Masters series with guidance from PIC board member Regina Meredith.