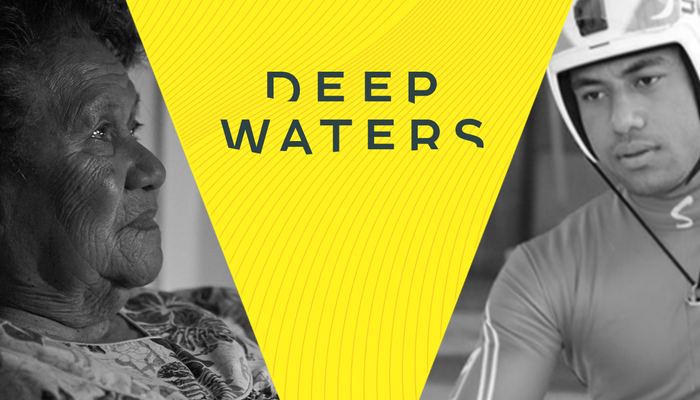 This film tells the unique story of the first and only Tongan luger who managed to qualify in an amazingly short amount of time for the 2014 Winter Olympic Games in Sochi.

After several days of trials in Tonga, the 21-year-old student, Fuahea Semi from the island of Eua was selected. No one could have foreseen it, but it was an inspirational choice, he was a real natural talent.

Crossing Spaces is a series of three documentary shorts profiling three Micronesian women in Honolulu as they grapple with the challenges of higher education and work to enact meaningful change for their families and communities.

I Am Because You Are

When Kaiea, a twelve-year-old on Maui, learns his grandfather is suffering from Alzheimer’s, he’s desperate to build a machine capable of recording and storing memories before it’s too late.

The matriarch of a large Polynesian family lies bedridden and silent, unable or unwilling to speak after a long illness. When a family crisis strikes, Nan Maria gets unexpected help as she struggles to reunite her fractured family.