Notebook in hand, it was literally impossible for me to not get geeky at this year's Hawaii Media Maker's Conference. The line-up for the day was an industry who's who, and as a local filmmaker working on my first feature length documentary I was noticeably excited.

I'm constantly reading the trades to learn about and keep up with trends, both locally and beyond, however living in one of the most unique yet isolated spots in the world can sometimes make connecting with and learning from the makers and shakers of filmmaking on the mainland a challenge. That's what made this year's HMMC so special. HMMC wasn't just an opportunity to bring our incredible local community of creators together; it was an opportunity to connect them with industry luminaries.

This is the kind of field building that excites me, because it has the potential for long-term impact for all of us. I ended the day with a notebook filled with feverishly scribbled insights from notable people like Debra Zimmerman of Women Make Movies and Mericia Palma Elmore of the Lotus Law Company.

In fact, I was so geeked out, I even took notes during the panel I moderated on distribution, "All Pau, What Now?" With all this new found information in hand, I couldn't think of a better way to cap off 2016 and get our community ready for all the great work ahead in the New Year. And if you're just as geeked about industry intel as I am, toss me a note on twitter via @Ciaraleilacy, and I'll be sure to share! 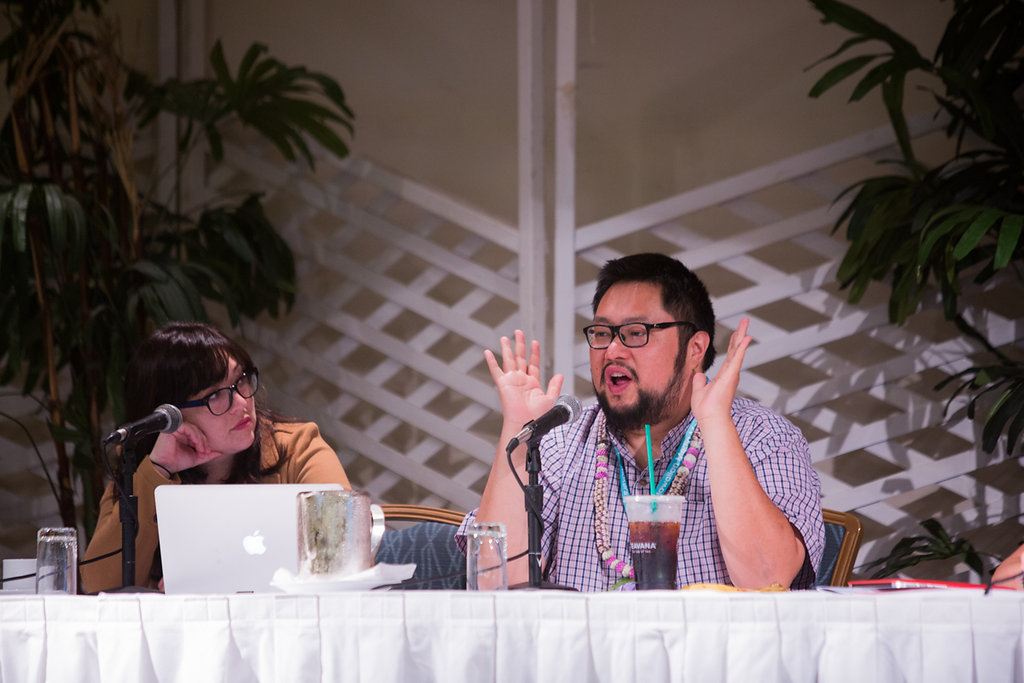 What our friends say about HMMC 2016

"The conference was so inspiring, and the individual meetings were illuminating and productive - it was great to be able to spend so much time doing a deep dive with the filmmaking community in Hawaii."


"The conference was artfully produced, and I can say that I gained much more than I gave.  Thank you for your team's work to bring so many passionate, smart and talented minds together -  I've been in contact with several media makers directly since the conference, and look forward to the next collaboration with PIC."


"There’s so much I look forward to following up on from the Hawaiian Media Makers Conference - where to start! The conference was perfectly aligned within a week of corresponding events orchestrated by Pacific Islanders in Communications, Hawaiʻi International Film Festival, and Hawai’i Women in Filmmaking it easy for attendees to broaden networks and meet an incredible range of filmmakers and organizations working in the industry. During this time, I was also able to learn so much about the flourishing state of the Hawaii media arts scene, alongside a range of historical and contemporary aspects of Native Hawaiian and Hawaiʻi culture. Attending in-person was valuable in so many ways, a truly remarkable experience. Congratulations to Pacific Islanders in Communications for making this a memorable event for all involved!