It was a blessing to be offered the opportunity to attend the International Documentary Association's “Getting Real” 2018 conference in Los Angeles this past September.  Getting Real is a biennial three-day documentary conference that brings together over 1,000 participants from over 20 countries to discuss, network, explore, and expand the field of documentary filmmaking.  Prior to this trip, I was actually unaware of this conference, and so my approach was to go completely open, with no expectations and a rather simple agenda - be a sponge and genuinely connect with others.

Excitement filled the atmosphere early on the first day as attendees gathered at the Cinerama Dome in Hollywood to check-in for the 3-day experience.  It was apparent that many attendees already knew and had long-time relationships with one another as the room buzzed with the energy of folks reconnecting, reuniting, and making ready.  I was certainly anxious to be a part of the action.  As a Native Hawaiian filmmaker interested in sharing stories of my place and its people from a uniquely cultural perspective, I was intrigued to attend the panel discussion series with the theme “Decolonizing Docs,” which examined different aspects of the filmmaking world within this context over the 3-day course of the conference.

On the first day, the discussion was grounded in this idea of decolonizing documentaries from the perspective of the industry, examining gatekeeper power structures in funding, curating, and broadcasting films. It sought to ask the question of what actions can we take as an industry to reimagine and shift the power imbalance to lead us to a truly diverse and inclusive documentary field.  The panelists shared personal experiences and struggles for inclusivity and broader diversity, which really resonated. One of the key takeaways from this panel for me came from Iyabo Boyd, founder of Brown Girls Doc Mafia - a collective for women filmmakers of color.  She noted how, many times, films from underrepresented communities and filmmakers donʻt make it into certain larger festivals because the programmers and gatekeepers simply donʻt “get it,” meaning the cultural nuances and the necessity to see people of color and stories of color on screen may not truly resonate with most current gatekeepers.  She then offered the advice to just keep applying and submitting to these festivals, with each new film, because the more our communities create and submit these types of films with our particular worldview and voice, the more these festivals and programmers will become accustomed to seeing, hearing, and feeling stories they've never experienced before.  To me, this gets at the idea of normalization.  Part of decolonizing the industry is being consistently persistent at creating a new normal through our work.

The second day of this series focused on decolonizing docs from the perspective of the Filmmaker, hosting a panel of filmmakers from underrepresented communities each sharing their thoughts and experiences from the field.  Lots of great stories and insight was shared, much of which I am related to.  One bit of manaʻo that resonated with me was one of Hispanic filmmaker Edwin Martinez’s closing remarks, stating that decolonizing is a verb, and to decolonize something or anything is an action of daily practice.  For me, this statement allowed me to reflect on the idea that as filmmakers, our daily practice at honing our craft, building relationships, and representing our community through stories is a daily opportunity to break down the barriers that exist and replace them with bridges.

The final panel in this series focused on decolonizing from the viewpoint of the audience, where a panel of festival curators, critics and distributors examined the relationship of films and filmmakers to audiences, questioning which audiences are we reaching, which ones should we be reaching, and how.  An audience, in my opinion, is one of the most important components in the entire life cycle of a film.  It’s primarily why we create the films we create.  Sonya Childress, Director of Partnerships and Engagement at Firelight Media, pointed out that the overarching assumption in the industry is that docs are primarily made for and consumed by educated, white audiences and that this bias influences festival curation and distribution of films.  It gets at this idea of a “stamp of validation” that seems to be synonymous with certain festivals or distribution avenues, which then ultimately plays into who actually sees your film.  I’ve always told myself that the films I want to make are first and foremost for my Hawaiian and Hawaiʻi community.  However, the discussion in this panel brought up an interesting paradigm and realization for me, which is the recognization that a majority of people in our own communities - the people we are supposedly making our films for - often don’t even hear about, explore, or have interest in seeing such films unless it has been pre-filtered by a “stamp of approval.”  In other words, even within our own communities, it seems our films are not “legit” unless it has played on Netflix or has a theatrical release for example.  In this sense, the work in decolonizing audiences seems to involve, again, this idea of normalization, specifically the necessity to normalize our stories within a broader scope of the film industry, yet also within our own communities.  In doing so, we continue to create and define our own sense of legitimacy and value.

Ultimately what was so pleasantly surprising about this series to me was the turnout for each of these sessions.  Participants nearly filled the large Arclight theater in each of the three panels and engaged deeply and critically in each of the discussions by contributing thought-provoking questions, accounts of personal experiences, and ideas for solutions to the issues being surfaced.  It was one of those moments that truly felt like I was amidst a larger community that truly got it; a community centered around these underrepresented experiences, and passionate about swinging the pendulum to create a new norm.

I'm grateful to PIC for the opportunity to experience this invigorating conference and through it, gain new friends and allies, expand my understandings of this industry's landscape, and reconfirm the importance of my daily practice in helping to reshift the narrative and create a new normal. 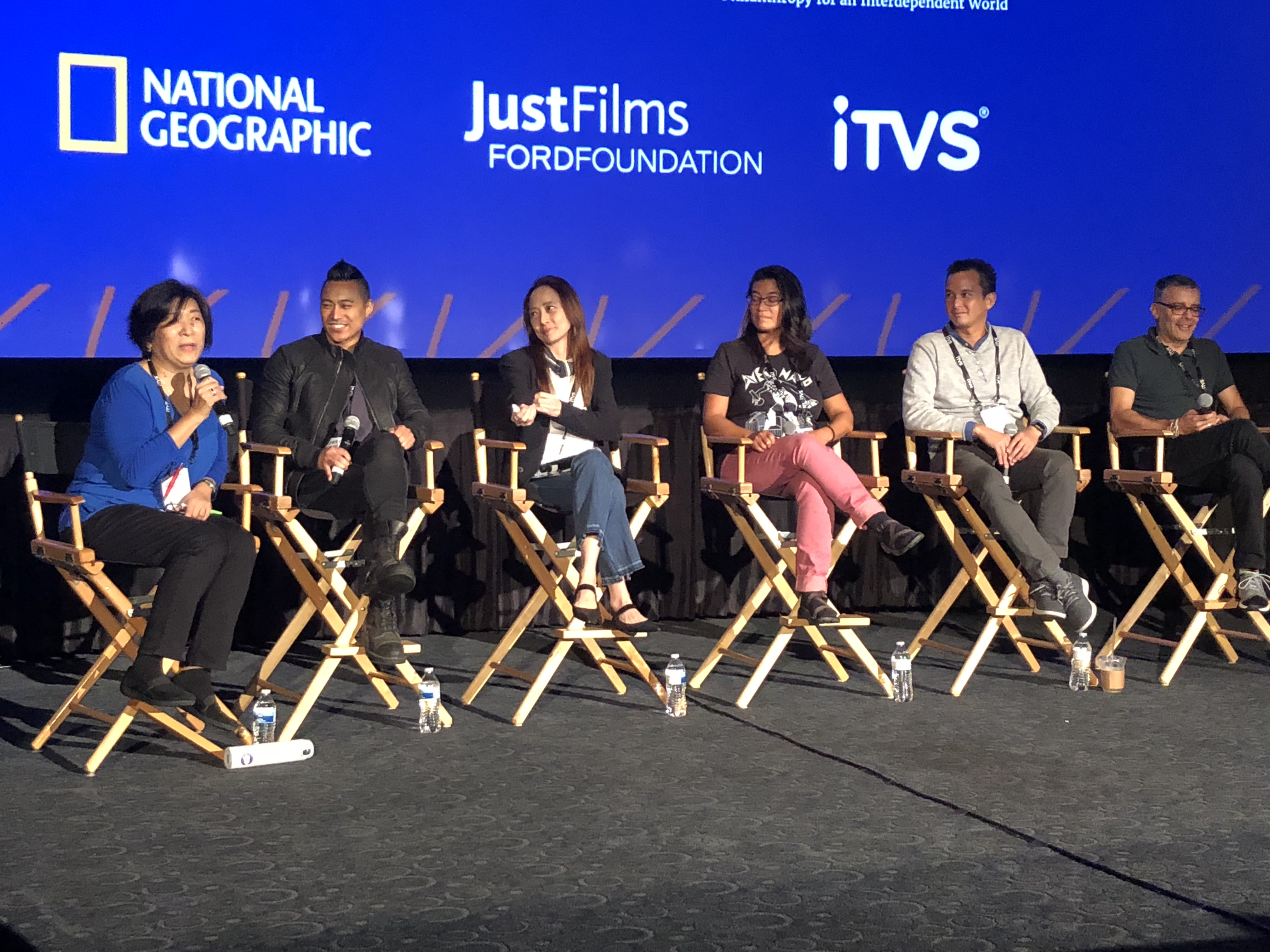