This is the story of an artist’s reaction to struggle, the sacrifices paid in the fight for self-expression, and the legacy that this forged. 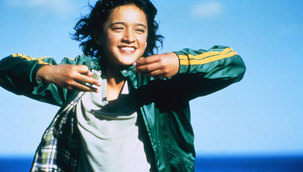