A man steals the Hawaiian flag in hopes of raising it when the kingdom is restored. 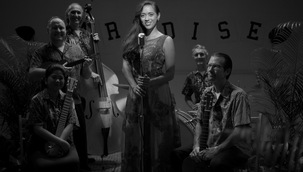